On these long winter nights, I thought you might be desperately seeking a blog to read AND wondering, “How did Sarah get Dark Moon Wolf published?” This post is meant to satisfy your boredom and your questions! Drum roll! Golf claps!

I started writing Dark Moon Wolf about ten years ago, so buckle up, kiddos: this is a bit of a journey. When my son Zack was four months old, he bit me so hard I still have a scar on my shoulder.* At the time, a bunch of swear words rushed through my mind (and perhaps out of my mouth), and then I thought, “Well, at least he’s not a Werewolf.**” Quickly followed by: Wait, what if he WERE a Werewolf? How would he have become a Werewolf? Wouldn’t that mean everything we think we know about Weres is wrong? What happens if we reimagine Werewolves? What would it be like to be the mother of a Werewolf? So began the journey of Dark Moon Wolf.

After I finished the novel, worked with beta readers & crit partners, and edited it a bunch of times, I secured a literary agent. That process took about 15 months. I found the agent through traditional queries, and I was pleasantly surprised how quickly I was able to sign with someone. After another couple of rounds of editing, the agent submitted DMW to some of the large presses. We had interest and several readers, but didn’t end up with a contract. At that point, I became distracted with a number of other projects and life events, so DMW lay fallow for quite a long time. For about six years, in fact. 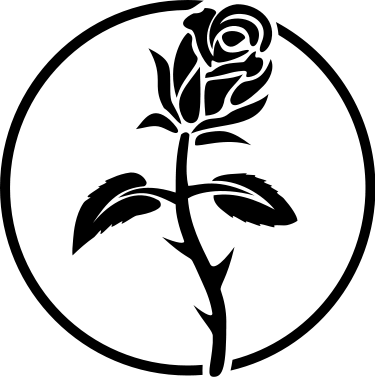 Last spring, I unearthed some of my writing and set back to work. I decided to shop DMW to smaller presses, so I ended my relationship with the agent.*** I sent queries to several small presses, received two immediate requests for the full manuscript, and quickly received two offers and contracts. Then came the agonizing decision. I went back and forth a bit between the two presses, talked to several of their authors, and finally made my decision to go with The Wild Rose Press and their Black Rose paranormal line.

After the contract, came another six months of three editing rounds, plus several rounds of proofing!**** And now my book’s birthday is about 6 weeks away! I am equally excited and terrified. 🙂

*Zack wasn’t some vicious monster. He was teething and he had horrible acid reflux, so his urge to clamp down on me spawned out of his discomfort…not anger or hatred. Also: I have NO IDEA why I am such a weirdo that my second thought was gladness that my son’s not a Werewolf. Random as hell.

**After much debate with my editor, we chose to capitalize Werewolf (and Witch and all other paranormal races). This decision was mostly to stave off confusion surrounding my use of the word Were, which, when not capitalized, looks like the verb were. It made no sense to capitalize Were and not werewolf. I know you were DYING to ask that question! We really did go back and forth and back and forth on this one.

***Most agents don’t submit to smaller presses, since there’s just not enough money in the deals!

****There are probably still errors we didn’t catch! When you read it and find some, don’t tell me! Argh! Let me live with the delusion that it’s a perfect manuscript with absolutely no errors! Sigh. Just kidding. If you catch something, you can tell me. Most books end up with a couple of errors. I remember my tattered copy of Dragonflight, by Anne McCaffrey, said that Lord Fax “sent ot Crom” instead of “sent to Crom.”