Here’s more of Parkinson’s by the alphabet! April is PD Awareness Month, so I’m doing my part to share information about the disease, its symptoms, and its treatment. 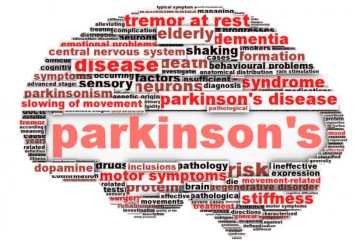 H is for History. In 1817, James Parkinson, a British apothecary published a treatise called, “An Essay on the Shaking Palsy.” The name Parkinson’s Disease caught on in the 1860s. Since the 1990s, researchers have isolated several genetic components of Parkinson’s. Not all PD seems genetic; not all pretty-obviously-genetic PD has any of the already-discovered genetic components. PD is most likely an umbrella term and we will continue to discover more. The hope is that we may be able to develop targeted treatments for certain genetic variations.

I is for Insomnia. Parkinson’s can lead to all sorts of sleep disorders–insomnia, excessive daytime sleepiness, and/or REM sleep behavior disorder. The latter means that people with PD may act out their dreams by punching, kicking, talking, yelling, and otherwise moving in their sleep.

J is for Michael J. Fox (kind of–J is hard). His foundation spends 88% of every dollar directly to PD research and he’s been a great spokesperson for PD. Hopeful some of the research will pan out for more treatments and delay of disease progression!

K is for Karegiver. (I know. It’s not. Deal with it.) Gary and I usually use the term care partner, because sounds more like a give-and-take and less one-way. I don’t have PD, yet I live with it everyday. When I call to talk to Gary, I can judge what type of day he’s having from the sound of his voice within the first 20 seconds–how symptomatic he is, etc. I understand his disease and symptoms better than anyone else who doesn’t live inside his body. I remind him to take meds. On bad days, I do a lot more around the house and for the family than either of us wish I had to–and I try to do so with a willing and open heart, though that’s not always successful. We cope with all the emotions together. We plan for contingencies. We figure out the best way to address new symptoms and challenges. We process the fact that there will always be new symptoms and challenges–our lives together will need to continually adapt so we can snatch the most joy possible. I never imagined dealing with an incurable, degenerative neurological disorder (ain’t that a grand phrase?), yet sometimes life means we have to step up and find ways to deal with the unexpected. On bad days, it’s exhausting and overwhelming and my anxiety can run away with me. On good days, there’s a pureness and beauty to the fact that we hold tight to love in the midst of struggle.

L is for Levodopa. Levodopa is the main “gold standard” drug treatment for PD. It converts to dopamine in the brain, which allows your brain to give messages to your muscles (and other things). If you’re taking levodopa, you need to take carbidopa with it–carbidopa prevents the levodopa from being broken down before it reaches the brain. The main PD medicine is a combination of levodopa and carbidopa in various proportions and strengths. You may have heard of “Sinemet” or “Rytary,” which are both different types of levo/carbi-dopa.

M is for Mental Health. PD causes a host of mental health issues such as depression, anxiety, and apathy. This isn’t “I’m depressed because I’m sad about having PD” kind of thing or “I’m worried about what will happen with my PD”–this is depression and anxiety as primary symptoms of the disease itself, due to the physical changes in the brain. Same with apathy, which is like depression’s less-understood cousin. For some PD patients, the mental health symptoms can be the most severe symptoms of all. They can also be harder for caregivers to understand and cope with. Many folks with PD take anti-depressants and/or anti-anxiety medications. ECT, electroconvulsive therapy or “shock therapy,” is also a particularly efficacious treatment for depression related to PD. Today’s ECT isn’t like the images you may have in your head from “One Flew Over the Cuckoo’s Nest,” though it is nevertheless scary to think about one’s brain being shocked until it causes a seizure. One doctor likened it to a hard reboot of a computer, resetting the brain to its normal equilibrium. There are real risks with ECT, most notably memory issues, but it’s something that doctors consider depending on the severity of PD-related depression.

N is for Neurologist. If you have PD, you should see a Movement Disorder Specialist, not just any neurologist. An MDS will have the best ability to help manage symptoms and understand the disease. If possible, go to a Parkinson’s Foundation Center for Excellence. We travel 2.5 hrs each way to see an MDS at Vanderbilt and it’s worth it. Many people–especially younger patients–wait a long time for an accurate diagnosis, since even many neurologists may not think about Young Onset Parkinson’s as a first option. If you have some of the early warning signs I discussed under E, then do consider finding an MDS from the beginning. You’ll eventually need a team of doctors dealing with various aspects of the disease, but the MDS is the most important. Find a doctor who treats you with respect and caring.