Like many others who’ve written about the new Wonder Woman movie, I was blindsided by the strength of my reaction to the movie. During the early scenes on Themyscira, I blinked away tears caused by the visual impact of a screen full of women focusing on what their bodies can DO, instead of how their bodies LOOK. I eagerly absorbed every moment of Diana’s idealism, her integrity, her compassion, and her code of ethics that refused to let her turn away when she could DO SOMETHING TO HELP.

In Diana, we see a person whose tremendous compassion is a source of strength and resolve, instead of something that makes her overemotional, incapable, weak, or naive.

At the end of the movie, I found myself wracked with sobs–literally unable to contain my tears. My husband Gary said, “Are you okay? Are you…are you that happy?”

Yes. Yes, I was that happy. This movie stars a woman who stands for idealism, caring, a belief in love, a belief in the power of beliefs–things which, personally, I have been MOCKED for (and I’m not alone)–and turned those things into a portrait of strength, empowerment, and respect.

This movie showed a beautiful woman and focused on what she can do, not how she looks. I have never been so conscious of the male gaze as I was when watching this movie where it was ABSENT. We see no lingering shots panning Diana’s body. We have no shots up her skirt or down her cleavage. We have no shots framed between her legs. These things were simply not part of the movie–and they are such a commonly-used sign of “here’s your sex object” that we barely notice them, until they are removed. When Diana leaps into the air during the final fight scene and slams back to ground, landing on her feet in victory, her thigh shakes with the force of impact. Unedited. The movement of her thigh, her force, the importance of what she just accomplished–the reality of her body–all these are highlighted, instead of transforming her into a sex object.

We’re trained to think the male gaze is just how women are seen–until they’re not. This movie’s focus on empowering and respectful visual images dismantles any possible argument that objectified images of women are somehow natural or unconstructed, that the camera simply records what is, that the vision BEHIND the camera doesn’t influence what ends up on the screen.

I finally watched a superhero movie and saw myself on screen.

Some people may pick apart Wonder Woman and they may have valid points. I’m not saying it’s the best piece of cinematography ever created. 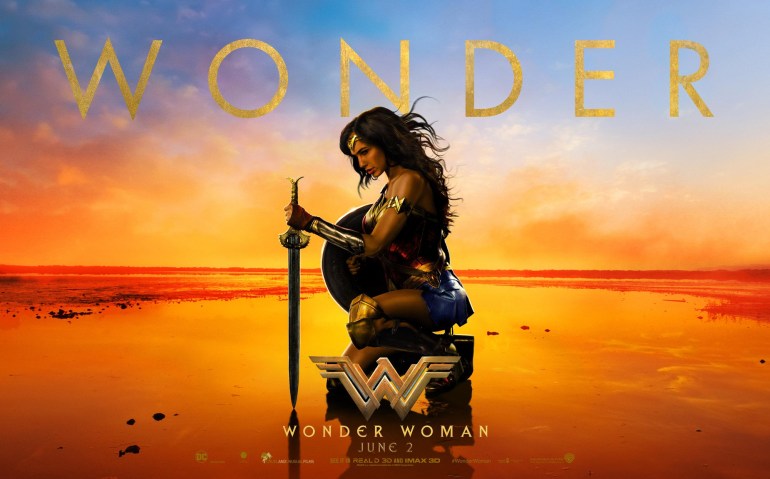