One of my friends at work subscribes to Snack Crate, which sends a monthly box of snacks from around the world. She hates licorice and I love it, so she handed me a bag of Djungelvral, from Sweden.

Here’s a reenactment of my thoughts during this traumatic event: 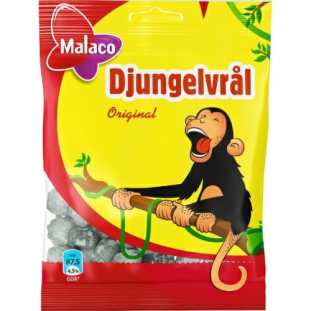 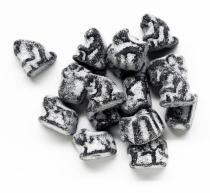 Oh, yes, they are ADORABLE!

And I love licorice! And, hey, monkeys.

And I am very adventurous in my eating and I LOVE eating treats from other cultures!

Oh, wow, this is going to be awesome.

:Pops monkey in my mouth:

Folks? I literally jumped in my seat and grimaced and did a mouth-centered double-take and head shake and shudder. 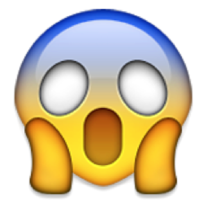 Apparently, the Swedes enjoy coating their licorice in ammonium chloride, which tastes kind of like and also totally unlike sodium chloride (the salt we are used to). The candy has this crazy ammonia/salt zap which makes your mouth react ALMOST as if you popped in a super sour Toxic Waste candy COMBINED with that choking/cloying/nostril-burning feeling you get when you’re swimming in the ocean and accidentally gulp down a ton of water. And it makes your eyes water.

The licorice inside all that Fresh Hell was kind of good, but it took my mouth like ten minutes to recover.

Tasting this candy and realizing that it is POPULAR in Sweden? Makes me wonder:

Part of me wants to try another one, just to see if it is really as bad as it seemed the first time.

Part of me wants to hand one to an unsuspecting fellow licorice-lover just to watch them eat it.

Most of me wants to throw it all away.

But…if any of you are in Evansville and want to try one, let me know!

Have any of you actually tried Djungelvral and enjoyed it?